Some time travel. Make sure you still exist at the end, and choose a side. There are two endings.

Edit: Updated Aug 17, 2020 to fix some bugs and improve the replay experience based on feedback. Thanks to everyone who tried it out!

Insanely creative concept, I could totally see a longer story based on this mechanic!

One thing that would be nice is a button to speed up the text between player inputs. After a few resets, the conversations feel slow when I already know what they're going to say.

*SPOILERS BELOW* (seriously for those looking for hints; it's worth it to keep trying until you figure it out)

From a lore standpoint, I'm having trouble understanding Pleasance's motivations. He cancels the referendum if you tell him you know the results, but he is okay with it if you tell him "referendum is meaningless" in code, since he knows I'll fade away. Why wouldn't he be just as upset and cancel the vote?

Also I'm confused as to why there are 3 code outputs at the end. I "won" with Code 3 being random words. (maybe a bug? I know you can also make all three codes the same) I now see that Code1 changes to represent Pigeon wanting to know the codes are the same, instead of before wanting to know how I was, but there is no  prompt to signify this. I thought the message for Pigeon (t-4 days) would be put in Code 3.

It would be more intuitive if it just said "Code for Pigeon" and "Code for Pleasance" at the bottom, with no third output.

Hypothetically, it would be cool if all 3 outputs had to mean something at the end. For example if:

Code1: for telling Pigeon (t-2 days) that I'm not okay or that I'm confused

Code2: for telling Pleasance that the codes are the same

Code3: for telling Pigeon (t-4 days) that the codes are the same

Since it wouldn't make sense to tell Pigeon(t-2) and (t-4) different things since they're the same person, maybe Code3 pigeon could be some kind of clone from a time travel paradox, who is remotely listening to the final conversation between the characters. The motivations of each would have to be tweaked for this to make sense.

Ooh, awesome writeup. You have no idea how helpful this is! Highly appreciated. And agreed, the reset experience is really rough at the moment.

For Pleasance, I don't have a foolproof answer but I love speculation. It could be that he allows the "meaningless" code because it doesn't definitively prove that time is being travelled, as is his suspicion. Since he's the party that's colluding but not cheating outright, he doesn't feel he has the backing to cancel it. It could also be that he thinks he can win your favour by sparing your extinction and make you useful without outright betraying his ethics (or those he represents). He also gets certain valuable information based on which codes you choose and send through in the final run.

For the codes, I didn't have enough time to tweak them properly, but here's the high-level intent:

That makes sense! I think it's impressive enough to make the narrative as logical as it is when time travel is involved.

A few other minor things:

At the very beginning, you have a conversation with Pigeon that goes Pigeon - "Yes, since we won't have time to deliberate. It's a very structured conversation."  Player - "They?"

The player's response here doesn't make sense, since there is no "they" to ask about. Maybe the player could say "Deliberate what?" or "We?"

Perhaps you can bold the parts of dialogue when the characters tell you what the code should be used for, for example:

Pigeon - Using the code, you need to let me know how you feel.

Pleasance - Use the code to tell me anything Pigeon tells you about the vote.

This may be easier for players, and would also be nice to show the players response to reference when scrolling up through past dialogue (for example, if we agreed on "use the first letters" or "use the last letters")

The circles at the bottom could be more intuitive too, perhaps by giving them all days of the week, and leaving the past meetings as "?" before you unlock them. So it would look like (from left to right)

Wednesday: Meeting of the delegates

Agreed on all three points. 1 is a typo from a previous revision. 2 is something I started to do but ran out of time, but definitely a good idea. For 3, I was frustrated because I knew the labels were bad but didn't have time to code the reveal (and didn't want to spoil anything beforehand). Needless to say I underestimated the complexity of what I wanted to do with time I had. Thanks again for the input!

Hi, I've updated the game based on your and others' feedback. Mostly to improve the replay experience, but there are a few story updates and tweaks. Thanks again for your input!

The concept is really cool! Retrying to get back to later parts of the game is a long process though

This game is really interesting! I like how the time travel is used in the game!

Really nice concept, I always respect a strong opening choice. I didn't complete it in the end as the preamble to get to the code was a bit long after making a mistake - and it's hard as crap with 2 codes going!

Thank you, excellent feedback! My next fix would be to improve the retry experience, as it is quite punishing.

You even have the perfect conceit to skip close to it - time travel! 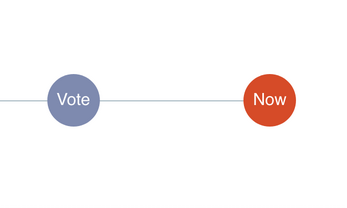